I was afraid, I couldn’t breathe, I had a fight with my celebrity acting teacher and I stepped on stage despite it all 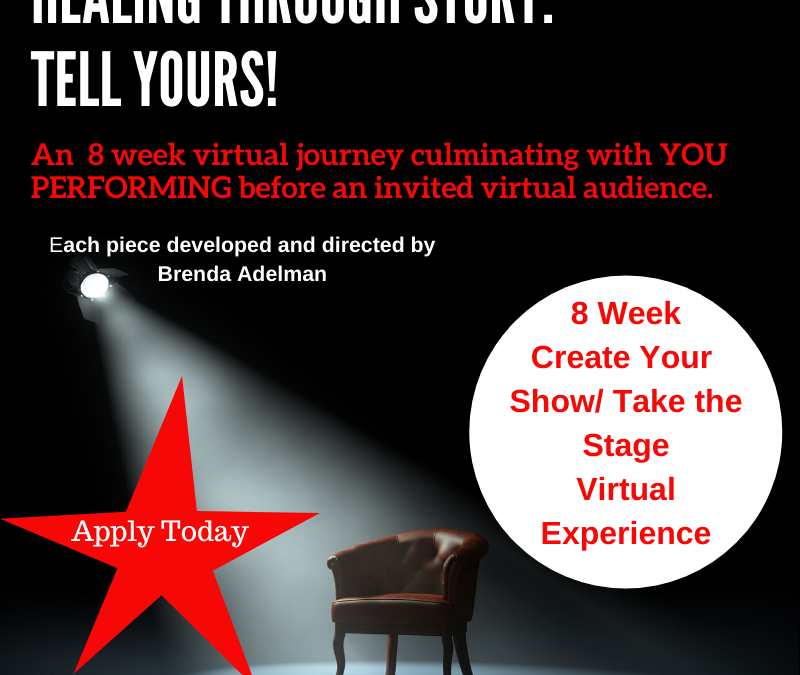 My heart was racing. It took every bit of courage for me to sign up to tell my story on stage in this top acting class in LA with a celebrity teacher and 100 top actors.

I had spent the last several years hiding, filled with shame, feeling like an outsider, fantasizing about taking my life and afraid to be seen.

I successfully isolated myself by breaking up with my fiancé, barely reaching out to my family and not cultivating friendships.

I cried most of my days away when I wasn’t flying back to New York to go through my childhood home, clean it up and get it ready for sale.

Would I have to disclose that my mother was murdered in the home? Those were the thoughts in my head.

My father (who I adored) shot my mother in the head a couple of years before and I didn’t feel like living anymore. I couldn’t be alone with the thoughts in my head and the hurt in my heart any longer. I wanted to join my mom, who was my best friend.

But my heart kept beating.

I kept waking up in the morning.

My suicidal thoughts didn’t get a hold of me to the point that I took actions on them.

I remember deciding to get back into acting and pick up with something I knew like the back of my hand since I’d been studying and performing for years.

One year after my mom’s murder I auditioned for a theatre company and got in.

Months later I applied to get into a top-class in LA and I got accepted.

The class was amazing. The work was stellar. I had about six hours a week where my focus on something other than ‘me’ and my losses.

I could hide behind the roles I played- express my feelings in a positive way and yet not reveal myself…not really.

The problem was that the teachers were too good at their assignments casting me in roles that were too close to home for me to want to deal with.

I grew up in Brooklyn. My past would never be far behind. My father had ties to the mob and there was a mob clean up surrounding my mother’s death.

I remember having a huge fight with my scene partner because I was late for rehearsal- well, there was a mix-up of the place we were meeting. And he aggressively went after me verbally…like the character he was playing in Godfellas.

He didn’t know that I was having a really bad day because my father had come back into my life. How could he know- I didn’t dare share my secrets with anyone. I was too filled with shame.

During one of my many sleepless nights after watching Oprah at 11 pm (can anyone save lifesaver) and the News at 11:30 pm I grabbed my journal and instead of letting my fighting voices have their regular place in my head ( I hate my father. I love my father. What happened?’

I started pouring my pain out of my head and body onto the pages.

The poems that came out were dark and filled with rage and ugly tears and sex and murder.

On the pages of my journal I could kill myself, shoot my father, stand up, have my voice heard. I was powerful, not the shell of the person who showed up every day when I walked out of my overstuffed one-bedroom apartment in Beverly Hills. My place was like a mausoleum stuffed with the remnants from a 4 bedroom split level house I grew up in, what was left of a family that exploded apart with the bullet to my mom’s head

I bravely asked one of my closet friends if he wanted to hear my poetry.

I felt a need to be witnessed.

He sat hardy breathing himself and declared, “You must share this”.

I started writing feverishly during those sleepless nights and what came out was a short storytelling piece filled with grit and emotion and humor and loss… the story of my life.

Every part of me that felt unworthy almost didn’t show that night on the evening I was scheduled to perform my story on stage in class.

But the part that is bigger than me and all things pushed me along.

I borrowed an unregistered gun from a friend- it was the first time I held one since before my mom died.

It had to be approved by the stage manager which it was- no bullets.

But on the way to go backstage to prepare I ran into my teacher who wanted to make sure I knew that this storytelling exercise was not therapy. He said I shouldn’t go up if it was a form of therapy.

I said, “It’s not therapy” and I got so triggered.

Didn’t he know it took every ounce of courage for me to show up?

This was way before I did any mindset and heart set work, before the years of therapy and my master’s degree in Spiritual Psychology. before the visits to shamans and past life regressions and acupuncture. Before I became trained as a prayer chaplain at Unity Church.

I was pissed but I would not let him defeat me.

Sometimes our anger can drive us. It replaced my fear, enough to get me onto the stage.

I complained to the stage manager, expressing my anger toward the teacher and he looked at me deeply and said “you need to do what you feel you are guided to do”.

I stepped on stage.

And my world changed.

The fears of being seen and heard no longer had power over me.

When I finished I received a ten-minute standing ovation from a class of 100 top actors in LA.

I got my critique-which was great and helpful. (I can share it another time)

And I immediately had a director who wanted to work with me on expanding the show and then a producer and a flurry of interest in addition to several people sharing very personal things with me that they had too much shame to share before seeing my story.

Something in my sharing unlocked their healing.

This is why I teach.

It’s why I continued to learn everything I could to master acting, master storytelling and master the skills of teaching others to do what I do.

Join me in my next 8 Week Create Your Show/ Take the Stage Virtual Experience and make your mark.

We begin this Monday, October 28th.

Email me for the details and to apply.