Are you a SOULopreneur longing to Help More People?

Are you a solo-business owner, new speaker, performer, singer, or other heartcentered service based business owner that has a BIG message to share?

Are you TIRED of

Are you READY to be SEEN as the HERO you really are?

You’re going to Discover exactly how to CREATIVELY express yourself in a way that COMPELS people to listen to you and learn from you.

You’ll Learn how to stand out by SHARING YOUR STORY in a UNIQUE WAY, feel safe as you get more personal and make a BIGGER difference in the world.

I grew up in Brooklyn with a Jewish ‘wanna be’ Italian dad who worked 15 hours a day, 7 days a week, 365 days a year. He taught me how to drive a Cadillac when I was six and how to shoot a gun at 10. I was daddy’s little girl.

My Bohemian artist mom raised me, took me traveling with her all over the world and read Shakespeare to me from the time I was three years old as a bedtime story. She took me to Broadway plays, we rode in a helicopter over an active volcano. She was my biggest supporter and my wild best friend.

When my father shot and killed my mom in 1995 and then married her sister, my aunt – for all intents and purposes, I lost my entire family that night- I didn’t think I could go on.

But one day, after a time of wanting to end my life, a close friend in acting class in Los Angeles told me that if I took my life I wouldn’t be with my mother. He tapped into my love for her. For the first time I stepped outside of my pain and realized that my mother would want me to thrive.

I decided I needed to stop living in the past. I had to stop hiding and I decided it was time for me to share my story.

I felt ashamed and like I was damaged goods because of how my mother died. I felt like no one else went through what I did so how could they understand.

But then I remembered mom reading Shakespeare to me. I had also seen Hamlet in London and studied Shakespeare in NYC and London. It gave me comfort knowing someone in literature (Hamlet) lived through something I did. I was no longer alone. His father was killed by his Uncle and then his Uncle married his mother. But in Hamlet everyone died. I didn’t want to end that way.

Then there was a flood of memories that came back to me. I remembered these powerful one-person shows I saw on Broadway that were a mix of darkness and light and strength. Tru about Truman Copote, Night Mother with Kathy Bates and Shakespeare for My Father with Lynn Redgrave. It was a love letter to her father.

I realized everything in my life had prepared me to take the stage with my story. My acting background at top schools in NYC, London and Los Angeles and my experience on stage in NYC and Los Angeles. My knowledge of Shakespeare (having studied it with expert teachers at The Riverside Shakespeare Company in NYC and The London Academy of Music and Dramatic Art in London).

Out of that I created my critically acclaimed one-woman show, My Brooklyn Hamlet (a very New York story with 4 soliloquies from Shakespeare’s Hamlet for when regular words can’t possibly express my emotions adequately). I’ve presented it on stages in 10 states and 4 countries.  (including the cities of Los Angeles, CA & New York, NY) and 4 countries (including in the city of London in England).

My message is about redemption and forgiveness.

If you are reading this right now and many things are clicking into place I’m willing to bet that you have a story to tell. That it’s your time to take center stage.

If you aren’t sharing your story, impacting others like you know you can and boldly expressing yourself and your talent we should talk.

Let’s get on a call to see how I can help you step into the spotlight courageously, authentically and boldly so you can make the impact you are meant to in the world Schedule that here!

Discover the exact techniques I implemented to

and how my clients have gone from being an extra in their life (bit parts/invisible & fearful) to taking center stage and becoming the Leading Lady/Man in their Life Story.

Claim your spot as the Hero of Your Life & the INSPIRATION to Your Clients.

Start at the Start HERE page and then look around the site.

If you’d like to jump on the phone to explore getting personal help from me. (and a few best next action steps to get you closer to your goals), I invite you to schedule one FREE 40 minute DISCOVERY SESSION with me. There are three things I am passionate about

In this session we will:

Create a vision for your success and uncover hidden beliefs that are sabotaging your success. Find out if working with me will help you reach your goals

If it has to do with letting go of your past, looking at your personal story so you can heal from it and stepping into your power by expressing yourself fully then I can help you.

DON’T put up with another day of keeping yourself safe by not taking risks or going after your dreams. Hiding behind your mask.

You don’t have to continue feeling sad and defeated. I can help you.

I understand. I used to feel lonely, exhausted, unhappy with my body and depressed. My suffering got so bad that I didn’t want to live. Let alone tell my story. I didn’t think I could make a difference in anyone’s life. I didn’t feel good about myself. I lost everything I knew. I lost my entire family in one night.

*To learn more about my story click here: https://forgivenessandfreedom.com/one-woman-show

My self-esteem and negative inner voice wouldn’t allow me to fully go after my dreams .

I couldn’t even ask a question in a group because I was so insecure and felt like I wasn’t smart enough to articulate what I wanted to say. I was afraid to be judged. This stopped me from really living!

There are a several steps I did that led to turning everything around and I’m passionate about showing you how to too. I don’t want you to lose one more day! 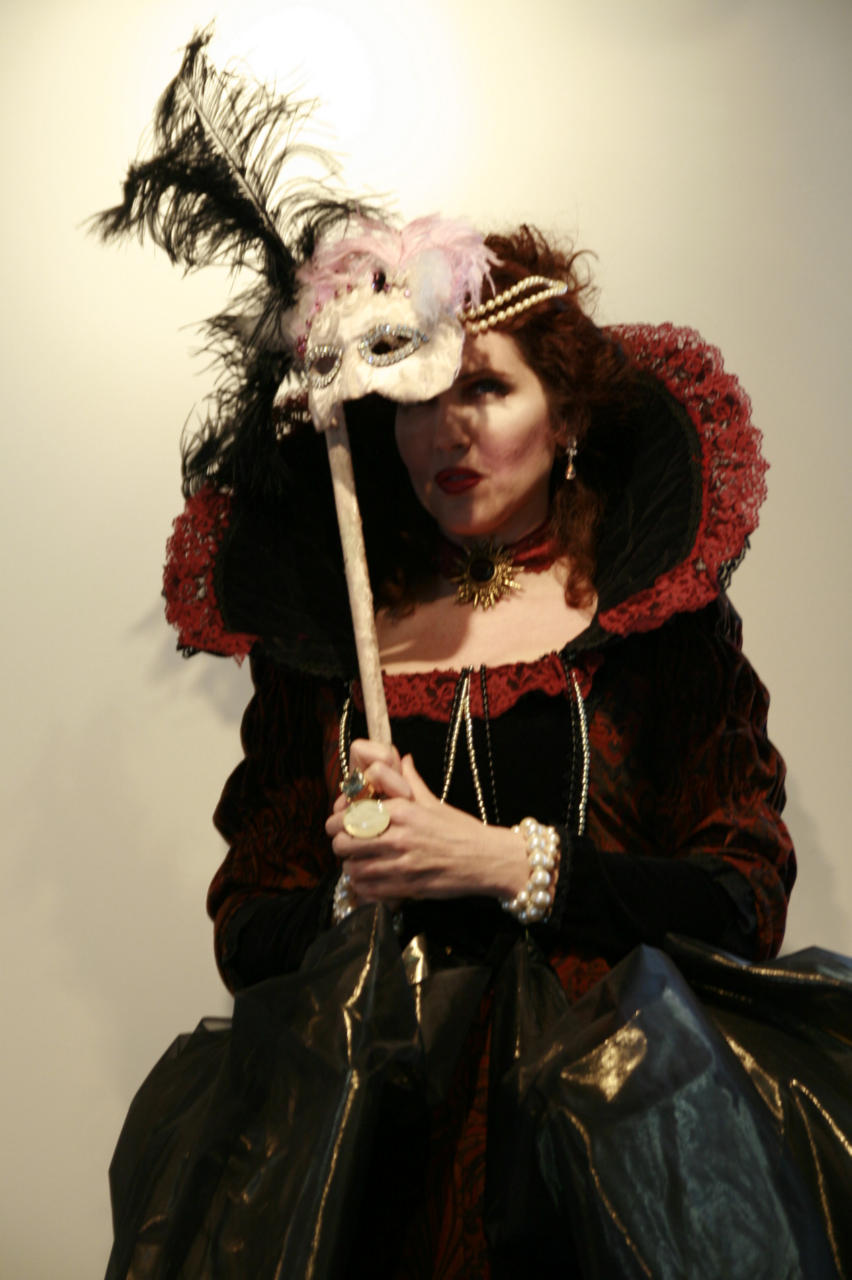 I work with my dream clients (who live all around the world) through sessions by phone or Skype/ Zoom, through my virtual trainings which are available 24/7 on my products page or through the presentation of my critically acclaimed one-woman show, My Brooklyn Hamlet. I am also available to speak to groups and I lead workshops and webinars on Storytelling, Forgiveness and Solo-Performance..

I reconciled with my brother after a 6 year separation after our mother was murdered by my father (we are half brother and sister but grew up together) by using the same techniques I teach you in my Kindle book, My Father Killed My Mother and Married My Aunt: Forgiving the Unforgivable.

My brother invited me to perform my solo-show based on my life story at a big theatre conference in Austria that he was hosting. After the show, while doing a Q & A for the audience together, there was an incredible moment of healing though art as it imitated life.

Most unexpecting place I’ve performed my show and led my self-forgiveness workshop: Lynwood Women’s Prison in Los Angeles. (I really feel like I added value to those women’s lives)

One of the most heartfelt testimonials to date: An 8 year old in a Youth-at-Risk group said to me after I led a workshop, “I learned I no longer have to feel bad that my father left. He didn’t leave me. I can forgive him.”

Brenda Adelman received a best actor award from Zaki Gordan Institute for “Daddy’s Girl,” a short film based on her one-woman show, My Brooklyn Hamlet: A Meshugenah True Story, a best actress nomination at The Orlando International Fringe Festival and a Critics Pick at The Orlando and San Diego Fringe Festival. She also performed her critically acclaimed solo-show, My Brooklyn Hamlet for the Best of the Fest held by The Los Angeles Women’s Theatre Festival.. She’s performed MBH at The New End Theatre in London, The Jewish Ensemble Theatre in Michigan, Celebration Theatre in Los Angeles, The Marsh, San Francisco, for Coalitions against Domestic Violence in NY, AZ and NM, for women prisoners in Los Angeles, spiritual communities (Church of Religious Science, Center for Spiritual Living, Unity Church and Jewish Communities) in HI, CA, AZ, and OK, at theatres, women’s groups, for college students and faculty in NY, AZ, MI and HI, for the US Air Force and at International Theatre Festivals in England and Austria. She is the recipient of a Hero of Forgiveness award from The Hawaii International Forgiveness Project and has been interviewed on Fox TV morning news and NPR.

Passionate about helping people live better lives, Brenda is also a life-coach focusing on the power of forgiving the unforgivable and teaches SOULOpreneurs how to craft and share their story for Big Impact.

I highly recommend Brenda Adelman’s one woman show “My Brooklyn Hamlet.” Not only is she a very talented performer, but she is a great healer as well. Through a deeply tragic event in her own life Brenda compassionately brings us to the power of forgiveness. She is witty, sensitive, insightful and totally open to the movement within her own soul. For several days afterward I was pondering my own inner process around betrayal and forgiveness. You will laugh, you may cry and you will certainly gain a deep experience of the power of forgiveness in your own life. See the show!!!